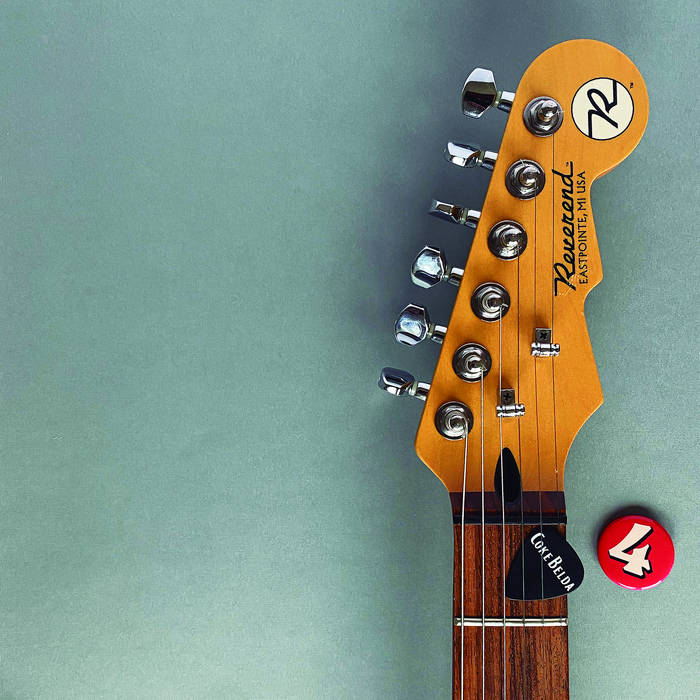 When the previously-unknown Coke Belda emerged from nowheresville in 2013 with his first long player, Coke Belda I, a pretty perfect specimen of catchy pop presented as art, I flipped over, under, sideways and down, knowing full well that a craftsman, schooled in the ways of melody and harmony, had emerged pretty much fully formed.

Successive releases, including a sophomore collection of joyous originals (Nummer Zwei) and a third long player, a lovingly-rendered tribute to the Bee Gees, as well as a number of standalone cover versions of favorite songs from such diverse artists as Nick Garrie and the Cowsills, proved that Coke had the ability to translate the stuff of dreams to track after track of earthly delights.

And now the fourth time is, again, the charm. With Coke Belda 4, Coke has fashioned yet another parcel of tunes that speaks to the heart of people for whom the song continues to be the thing. From Coke’s delicious tribute to Paul McCartney, “Thank You, Paul,” which cleverly calls out the titles of treasured Wings numbers, to the amazing “Watching You,” a song about love gone away that stretches out to more than six minutes of harmonic splendor and lyrical guitar solos, this album is a celebration of the pop music form from one of the form’s modern masters.

After 25 years of being on the radio and playing the best in melodic pop music, and nearly as long writing about it, I still wake up every day hoping to hear something new that is crafted with care that will move me to shout out to the world, “Don’t miss this!”

Coke Belda 4, which you hold in your hands, is unmissable.

All songs written by Coke Belda

All vocals and instruments by Coke Belda except:
Bass by Pepe Esteban
Harmonies on Your Eyes by Roque Esteban
Guitar solo on Watching You by David Wiergo
Classical guitar on Simplesmente Amor by Fabio De Miguel

Artwork and design by Verónica Alcázar.

Bandcamp Daily  your guide to the world of Bandcamp